Sam Mayall began farming at Pimhill in 1923. He originally ran a mixed farm of cattle, sheep and some arable crops.

He established a local milk round in the 1930’s selling ‘clean milk’, i.e. tuberculosis free. Sam Mayall’s herd was the second herd in Shropshire to achieve this status.

His son Richard decided to join his father in the farming business. In 1948 he went to Glasgow to study agriculture. On his first day in Glasgow he booked into his boarding house to find that he was sharing with another student. Before he even had time to open his suitcase his fellow student said to him, “What is a truly fertile soil?” Richard replied, “A soil capable of growing good crops.” The student responded, “No, it is a soil rich in humus.’ The student lent Richard a book called ‘Humus and the Farmer’ by Friend Sykes. That moment was to change the direction of Pimhill Farm entirely.

Sam and Richard had been concerned about the direction of the farm due to a breakdown in fertility in the cows. This coincided with a time when nationally there was a great push for agricultural production as a result of food shortages during the war.

Richard and then Sam were so impressed by Friend Sykes’ book and his emphasis on the importance of soil health that they took the decision not to use artificial fertilisers and chemicals -effectively, not to follow the conventional route. In 1949 they went ‘organic’ (though at the time it was not known as such). This was not done with a market in mind: it was a decision taken on the strength of their belief that this was the best way forward for both their land and for their livestock.

Sam Mayall then met Lady Eve Balfour and became involved with the recently formed Soil Association, becoming Vice President for a number of years. It was during the 1950s that they decided to invest in a small hammer mill. They reasoned that if the cereals they were growing were better for their animals, it followed that they should be milling their own wheat into flour for the farmhouse.

Word gradually spread about the flour, mainly via Sam’s Soil Association work, and due to demand Pimhill Mill evolved into an important farm enterprise. Sam and Richard added oats and then muesli to the range in the 1950s.

About this time, Sam Mayall wrote an article called ‘An English Organic Farm’ (click here to view) and it still makes extraordinarily relevant reading today. In 1958 Richard Mayall married Anne Crow and they had two children, Ginny and Robert.

During the 1960s and 70s Pimhill Mill flourished, supplying early wholefood shops, bakeries and restaurants across the country. It was at a family picnic in the late 1970s that Ginny took the picture of her father Richard jumping in the air and clicking his heels, which you can see on our packaging...

Ginny joined her father Richard at Pimhill in 1988 and the R. Mayall & Daughter partnership was formed. 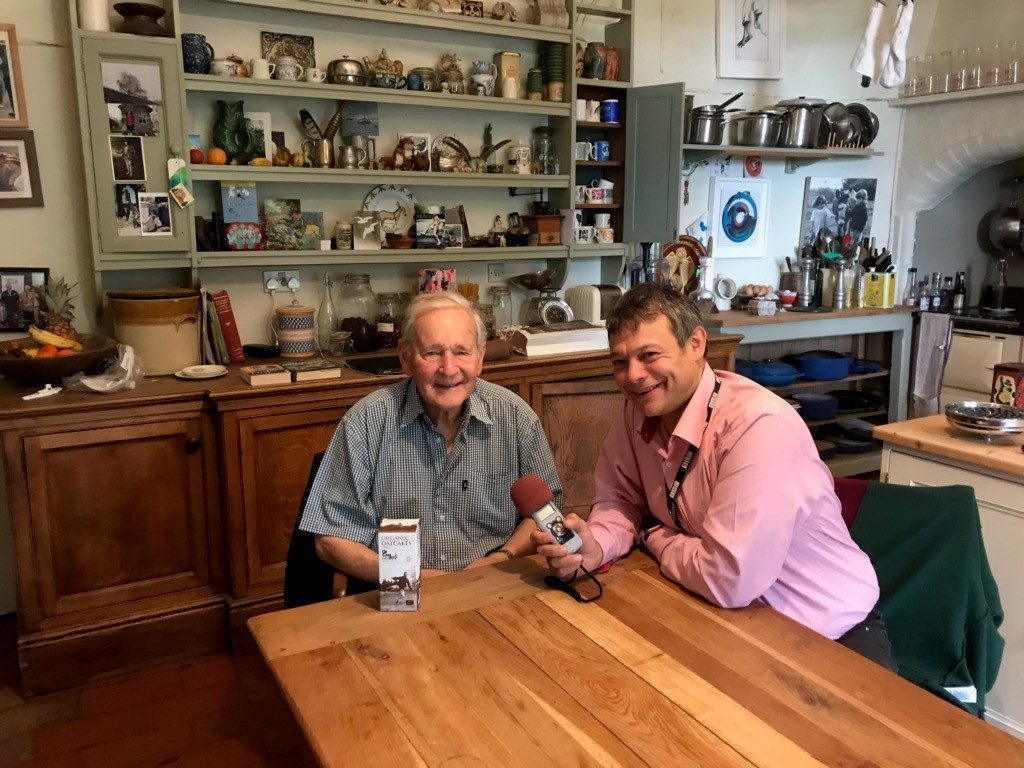